Joe and myself got together at his place recently for a game of Bolt Action.

We decided to play the, 'Point Defence Scenario" on page  112 of the Rule Book, were the attacker must try and capture three objectives from the defender.

The forces were around 1500 points each.

I have had a Waffen SS army for some time that I have never used so decided to baptise them with a game.
Joe used his US army.

The Waffen SS army was made up of, Veterans and had the, "Fanatics" special rule.

The US army were, "Regulars".

I won the dice roll and decided to be the defender, so I set up half my force in hiding as allowed in the scenario.

The US Forces were allowed a, "Preparatory Bombardment" causing a few pins on the hidden German units.


Lots of pics below. 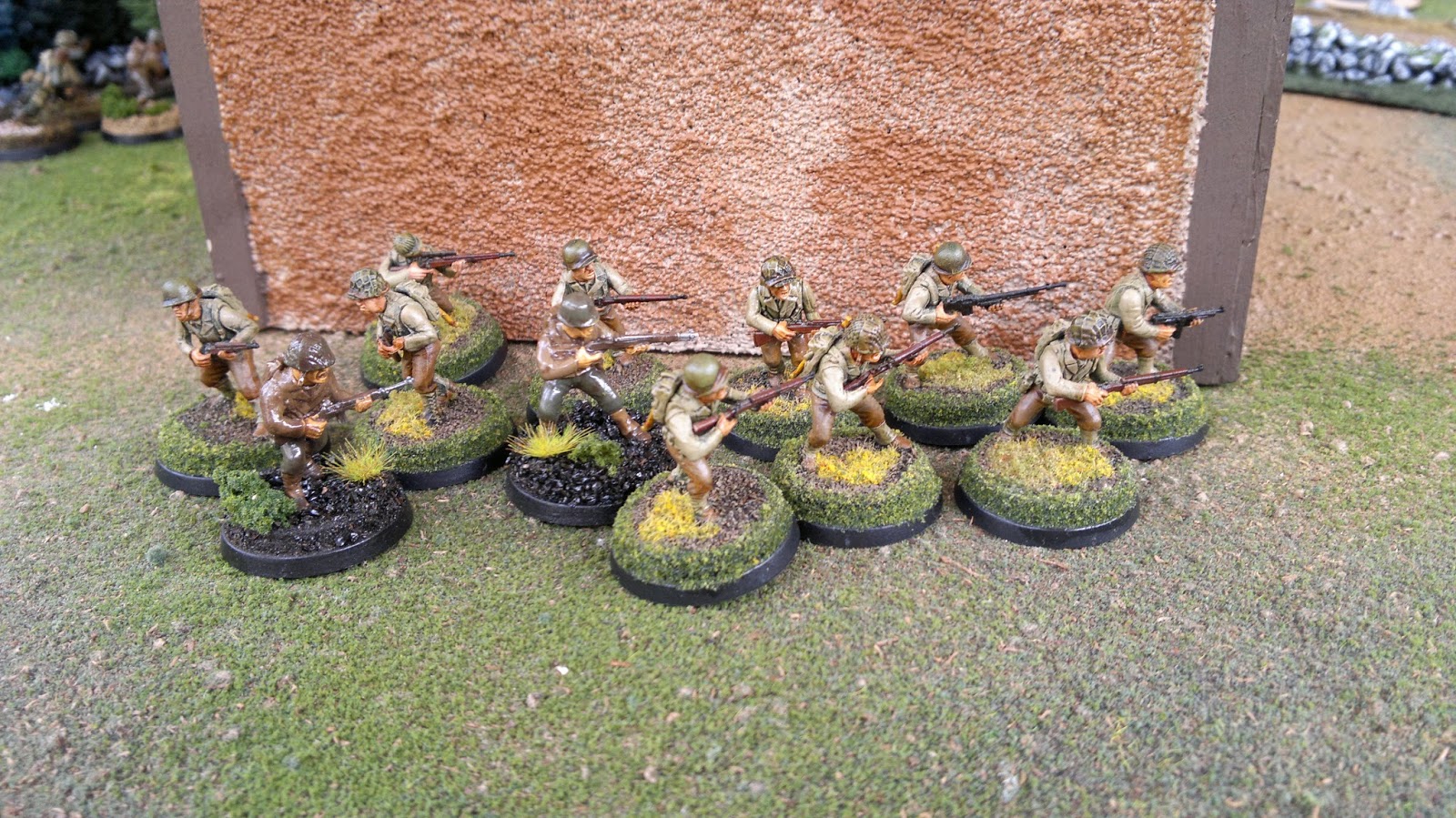 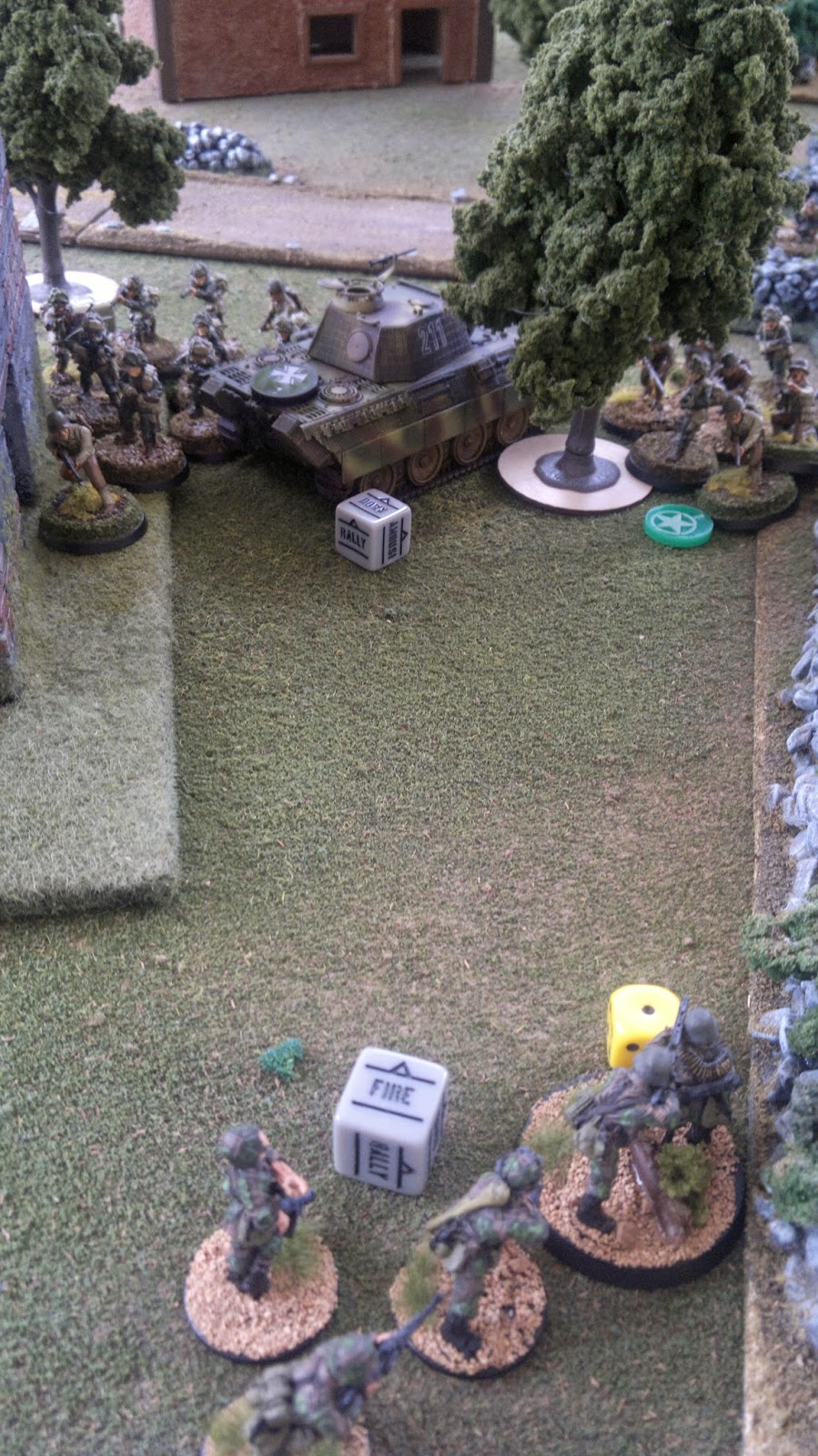